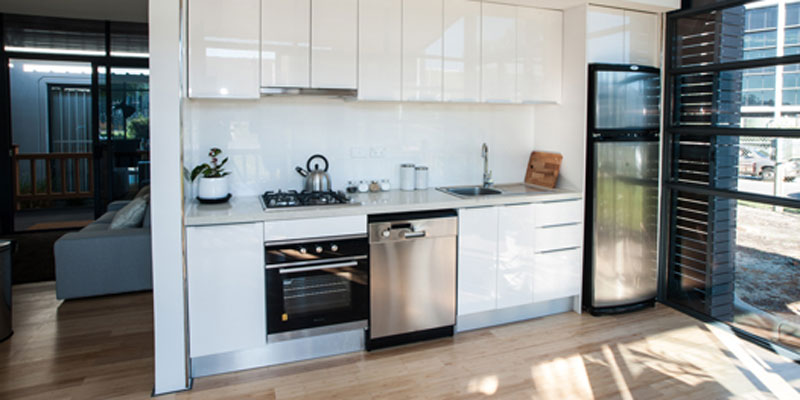 5 Secrets of Budget Kitchen Renovations For Your Granny Flat

If the aim in renovating your granny flat kitchen is to balance a minimum spend with maximum benefit there are ways and means. Many believe it’s not the amount of money you have but how clever you are about stretching every dollar. There are five simple ways to upgrade your granny flat kitchen and do it affordably and in a short time – and the best thing about it is you can do it yourself if you’re competent enough at renovations.

A coat of the right colour paint can do wonders, but it must be applied perfectly. Paint can transform your kitchen instantly, but you can paint more than just the timber trim and walls. Paint can hide a lot of things, from tired timbers to dated tiles – yes you can paint tiles and even discoloured basins and bathtubs with special tile paint. Light colours make a room look bigger, but you don’t have to make everything stark white. Simply update the colour with something you love. And, even if your granny flat was designed to have plenty of hidden storage, if you need more, consider wire pull-out baskets for any cabinets that are hard to reach.

At Fox Transportables we specialise in the manufacturing, leasing and sales of Transportable buildings with the ability and functionality to be used diversely –  From Rural Quarters for Seasonal Worker Accommodation and to granny flats, storage and portable offices 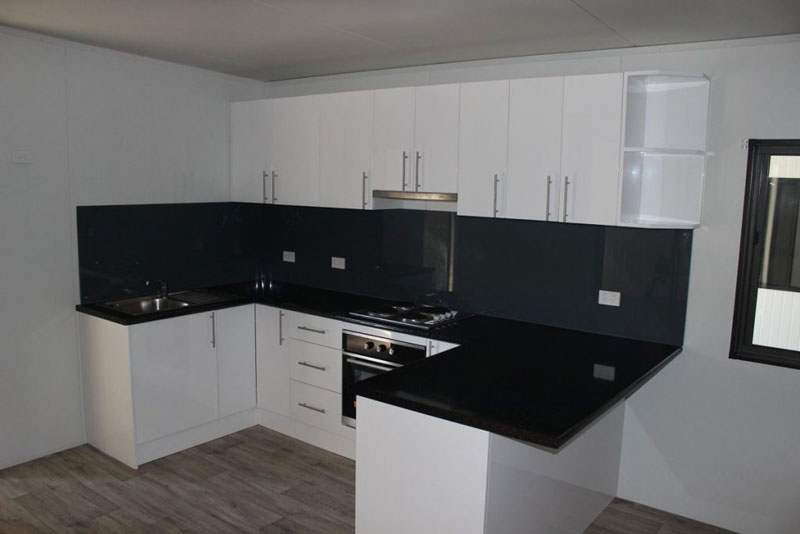 2. Laying the Floor Down

There’s a lot of different flooring on offer now, with cool designs, and made from durable and cheap materials. You can buy versatile vinyl flooring that sticks on the surface. You can run it straight over existing solid flooring in wet or dry areas of your granny flat kitchen and it’s also suitable for the bathroom. Laminate floorboards are another idea that’s cost-effective for flooring. 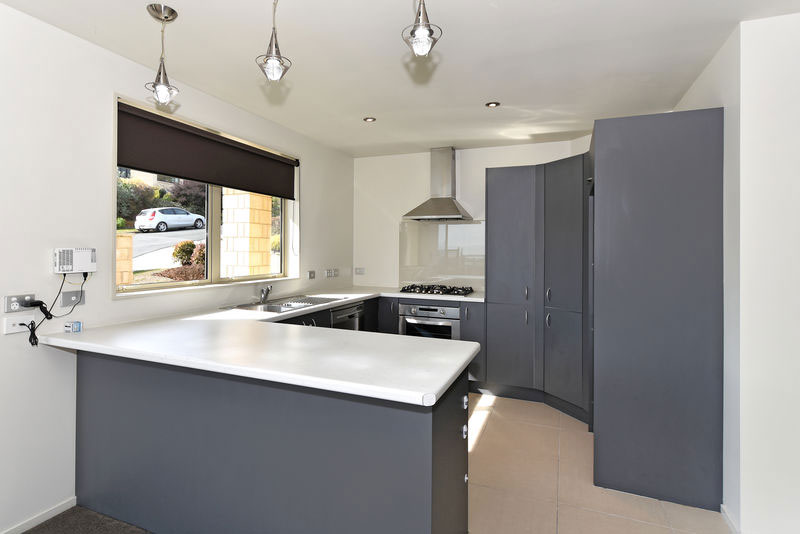 Some budget hardware stores and other big retailers have heaps of creative and affordable lighting options, so why not give your granny flat kitchen a lift and change the old lighting?
Pendant lights placed over the kitchen bench adds some drama to an ordinary space. However, ensure that you get a professional sparky to change the lighting because it’s illegal to do it yourself. If your benchtops are damaged then replace them and use some track lighting as well. 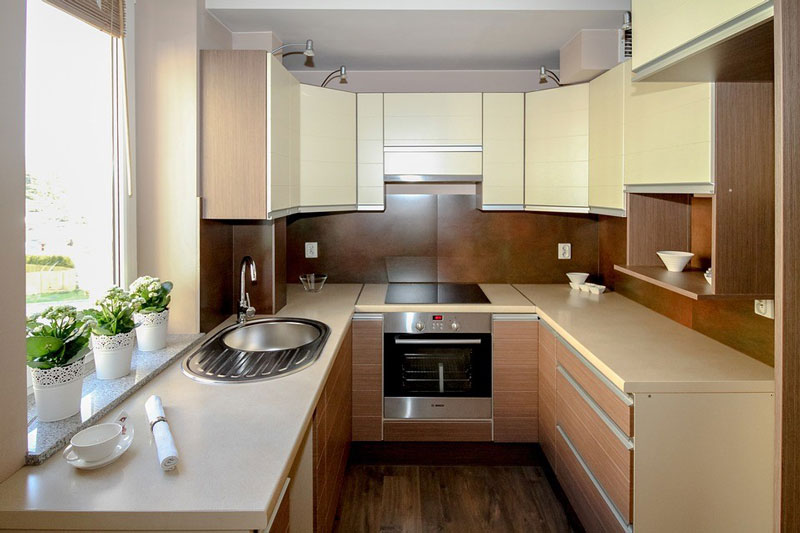 4. Don’t Skimp on the Details

These changes might seem small, but you’ll be surprised at how only minor changes can make a world of difference in your granny flat kitchen. Simply changing light switches, taps and handles on kitchen cupboards, even changing power point covers can modernise your tiny space. None are these changes are expensive, but combined they’ll really bring your granny flat up to the next level. Just a few trips to the budget hardware store and spending a few hundred dollars on materials and tools and the results will amaze you.

If you prefer to use a professional to give your granny flat kitchen a makeover, give Fox Transportables give us a call, you won’t regret it. Whether you’re looking for somewhere to house your seasonal workers, to provide more storage room, or a granny flat for your parents or teenagers, Fox Transportables has the solution. Call us for as quote or a chat today on 08 6377 8335.