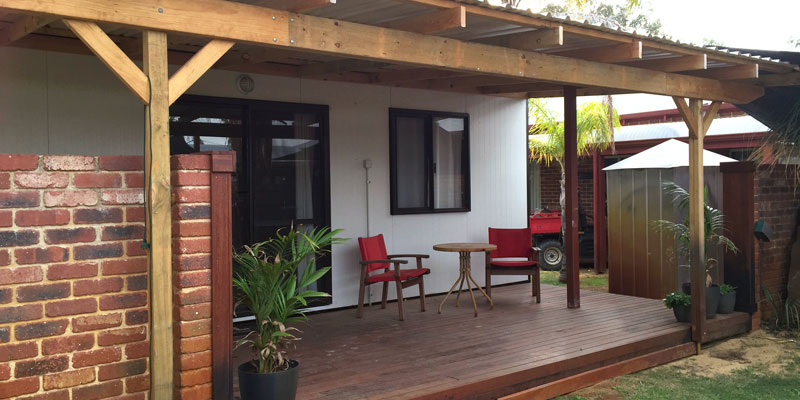 Written by Nicholas Berry
Thursday, 17 May 2018 / Published in Tiny Homes

No, it’s not the invasion of the leprechauns, although I’m sure they’d be very happy in any one of the tiny ‘green’ or eco-friendly homes being built in places all over the world, including Australia. Whether it’s a ‘stop the world I wanna get off’ response to a more challenging and complicated society, a passing fad, or an attempt at downsizing their lives, many people are saying ‘nope’ to the McMansions and the walled communities and opting for tiny dwellings.

This ‘tiny house’ movement which originated in the US has reached Australia and many feel it is far from being a fad.It’s advocates encourage an ethical, eco-friendly, sustainable and uncluttered lifestyle. One in which its occupants live simply and comfortably within their means. It is a great way of dealing with housing affordability and rampant consumerism.

Some eco homes have enough room to sleep four people, with proper plumbing and all the facilities of a larger house but with fold-away furniture including beds. There’s space for a laundry, kitchen, toilet and bathroom or shower and some even have tiny verandahs.

Advocates of tiny eco homes say you can lower your household power bills and enlarge your lifestyle with more money to spend elsewhere on things that matter, like your loved ones, and have a lower impact on the environment thrown into the bargain.

Tiny eco home dwellers also report feeling closer to nature, and they would no doubt have less housework to do so they’d have more free time to commune with the birds and the trees and the animals and go for walks on the beach or do more in the garden.

To give an example of the growing popularity of tiny eco homes, in the backyard of a house in the US (Atlanta) there’s a treehouse that’s reportedly the most desired stay in the world on the AirBnB wish-list. The tiny eco tree house was built in an ancient pine tree using recycled wood; it has a deck, and a string of glowing lights, a hammock and antique furniture.

To appeal to the B&B crowd there are tiny cabins built in the woods with fairy rings and pirates’ tree houses; they have little wood-burning stoves, and bunks, hammocks and every childhood fantasy seems to be realised for holidaymakers.

But those who build these tiny eco homes to live in are serious about it. The homes usually measure from 28 to 37sqm and with creative designs. Some occupiers have found they live a much fuller life, freed from mortgages and the forceful urge in society to get a bigger house than the one next door, or a bigger car, or a bigger flat screen television set.

A story by Luke Waters on the SBS website, earlier this year told of a prototype tiny house erected in Melbourne’s Federation Square by developers ‘The New Joneses’.

The piece reported that all materials for the tiny eco home right down to the coffee ‘is ethically sourced, and endorsed by the company’s partner, Fair Trade Australia and New Zealand whose levies provide life-changing services and resources for the less-fortunate in places like Bangladesh.

One of the changes Ben Thornton of Gympie (NSW) noticed after he moved into his tiny eco home was the lower power bill. It was 40 per cent lower than when he lived in a large house.

And Burrill Lake (NSW) builder Grant Emans, who has been in the construction industry for 15 years, now builds only tiny houses because he believes the dream of a three bedroom house on a three quarter acre block is dead for many Australians.

One problem in Australia with building tiny eco homes is weight. Many builders are constructing tiny homes that can be registered and towed like caravans. There are different regulations in the different states in Australia with regard to the weight of a structure, and there is red tape, and bureaucratic difficulties to consider, such as building permits and council rules.

https://www.sunshinecoastdaily.com.au/news/could-your-family-live-in-this-space/3134154/
However, a tiny prefab eco home that fully complies with the Building Codes Australia (BCA)
can be yours for as little as $120,000 and can be assembled and liveable in just seven days.

Fox Transportables eco homes have 6-8 Star energy ratings, depending on the orientation, with fold out sections of floor, a fully insulated roof, and double glazed windows. They have thermal barrier insulated aluminium outer wall panels with a 4mm Aluminium Composite Board (ACB) sheet facing infill. They can also be relocated, with a choice of ColorBond colours.
Phone Fox Transportables on 08 6377 8335 | 0449 634 100

Author bio
Matt has been with Fox Transportables since its inception in 2010 and currently serves as its General Manager. He brings extensive knowledge from a background in Construction & Mining, as well as Information & Technology solutions from earlier in his career based in the United Kingdom. Under Matt’s leadership, Fox has continued to grow and expand its innovative products & services and has become one of Perth’s premier modular construction companies. Quoted once as saying “empowering our team is far more valuable than leading them can ever be” – Matt continues to encourage a healthy work culture at Fox and provides valuable guidance to all staff members with a door that’s always open.